Forum Home > General Chat
Subscribe to topic
Login in above or register to subscribe to this topic.
You can subscribe to receive an email when someone replies to this topic.
We will only send 1 email to you if there has been 1 or more replies since your last viewing. You can unsubscribe again here or in your account settings pages at any time.
Low Bandwidth
Down to Quick Reply
Displaying Page 3 of 4
1 | 2 | 3 | Last     Previous | Next
Sanzano Posted: 01:31 Jun07 2022 Post ID: 3458149
Sanzano

Posts: 10,707
Post Likes: 76
0
+
LIKE THIS POST
I agree with you steelersrock01, it annoys me too. We are seeing more and more of it. In Marvel alone there is Nick Fury who is supposed to be a white World War II soldier, Marvel are trying to make Captain America black. Johnny Storm (the human torch of the Fantastic Four who is supposed to be Sue Storms sister) is all of a sudden black. Heimdell from Thor, Mary Jane Watson form Spider-man. In DC you have Catwoman. Just a few I can remember of the top of my head. Why don't they create entirely new characters for these black actors to play? I don't have a problem with that. When I see characters like Nick Fury who I remember reading about forty years ago suddenly becoming black it is annoying and trying to turn Captain America into a black Super Hero just ruins the character.

Posts: 16,667
Post Likes: 162
0
+
LIKE THIS POST
That's my issue with it, they always have to "blackwash" existing characters instead of making new original stuff. It's so frustrating. And it's always Black people too. Never Asian or Hispanic. If I was a member of a minority group and constantly saw this stuff I would feel insulted.

Posts: 28,770
Post Likes: 1,055
0
+
LIKE THIS POST
Yeah, I feel the same way. Keep the originals how they are, and just find some creativity with new characters.

Posts: 10,707
Post Likes: 76
0
+
LIKE THIS POST
I wonder why they don't do that, there must be some kind of reason for it. And you are right steelersrock01 what you say about it's never the asians or hispanics complaining, it's always the blacks and if you point that out to them you get accused of being racist.

Posts: 28,770
Post Likes: 1,055
0
+
LIKE THIS POST
Yeah, they are lazy and lacking creativity. That is what it boils down to. Otherwise, they would not just slap a new race on an old character and call it a day.

Posts: 16,667
Post Likes: 162
0
+
LIKE THIS POST
It's easier to just change existing properties cause they know people will watch it no matter what than it is to come up with new creative stuff that you then have to market and get people to go see. Stuff is so expensive to make now companies play it super safe.

Posts: 10,707
Post Likes: 76
0
+
LIKE THIS POST
Lol, when I first read your post Warrior13 about being lazy and lacking creativity I thought you where refering to blacks in general. It was only when I read it again I realised you were refering to the movie studios that produce the films. 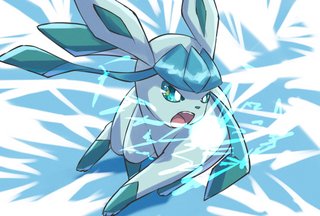 Anyone heard of Rogue Trooper, a genetic infantryman who carries the dead bio chips of his buddies in his helmet, backpack, and assault rifle?

Yep. He looks a lot like me, actually, beanie and all. I still wear my roguish style of clothing. I stole some of my mannerisms from him -- the little way he tilts his head and inflects his voice when cutting someone with his words. Ah, I love video games. I just wouldn't be me without this strange agglomeration of characteristics lifted from the people who don't even exist.

As for Rogue Trooper... negatory, sir. Or if I have heard of it, I know nothing of it.
Owner of the formerly ranked number one Halo PC modded server in the world, FRIGID MASS CTF WAR. Joiner-friendly mods and five-minute hotfixes = loyal clientele.

Posts: 10,707
Post Likes: 76
0
+
LIKE THIS POST
I'm a bit too old for video games influencing my growing up. That time for me was the late 70s and early 80s in London. The things that mainly influenced me was comics like 2000AD which was delivered by the paper boy to my door every Thursday and music. Music at that time was great, you had the likes of Blondie, ACDC, The Sex Pistols, The Who, The Rolling Stones, David Bowie, Pink Floyd and Led Zeppelin. It was a great time and place to be a kid.

Posts: 16,667
Post Likes: 162
0
+
LIKE THIS POST
Comics were definitely not huge for me growing up. Never was a fan. Not so much into music either, not like some people were. It was always games and cartoons for me.

Posts: 10,707
Post Likes: 76
0
+
LIKE THIS POST
The games that were coming out during the era you were growing up were half decent steelersrock01. My generation didn't have anything except comics and books and four TV channels to stimulate their imagination.

Posts: 16,667
Post Likes: 162
0
+
LIKE THIS POST
Haha you sound like my parents. Yeah, I definitely grew up in a great era for games. Late 90's - mid 2000's culture was a great time to grow up, at least looking back now. Everything seemed so full of soul and heart and creativity, it feels like most games now are just socially engineered junk to siphon as much money as possible from gullible people. I'm sure you feel the same way about things I grew up loving though. I think it's just a fact of life that if you had a happy childhood you'll always look at those times as being better.

Posts: 10,707
Post Likes: 76
0
+
LIKE THIS POST
I make you right steelersrock, I didn't think much of the early 90's, the Cowboys dominated the NFL along with the 49rs and everyone was into druggy, trippy music which was just horrible. I was aware that the video game scene was making vast strides but it didn't capture me, I was already too old.

The best years to grow up were the 70s and 80s in my opinion but like you say I'm heavily influenced by nostalgia and a happy childhood.

Posts: 5,750
Post Likes: 0
0
+
LIKE THIS POST
I guess Tifa Lockhart needs to be somewhere up there on my list because b r e a s t s.
Owner of the formerly ranked number one Halo PC modded server in the world, FRIGID MASS CTF WAR. Joiner-friendly mods and five-minute hotfixes = loyal clientele.


Yeah, stuff like this is majorly p!sses me off. And if you say that in public, some [email protected] who overhears will choose to yell 'racist!' rather than mind his own business.

Imagine the reaction if Black Panther country had the odd whitey here and there in the tribes. You'd never hear the end of it! That film was only so highly rated because of the whole black thing, anyway (it really is not that great).
.
Reply Quote & ReplyMulti Quote
Volke Posted: 11:01 Aug28 2022 Post ID: 3458521
Volke
Executioner


I actually liked Pierce Brosnan. Not at Connery or Craig's level, but far better than Roger Moore. I'd actually say Roger was the worst of the six 'official' Bonds, including Lazenby and Dalton.
.
Reply Quote & ReplyMulti Quote
Back to the top
Displaying Page 3 of 4
1 | 2 | 3 | Last     Previous | Next
Subscribe to topic
Login in above or register to subscribe to this topic.
You can subscribe to receive an email when someone replies to this topic.
We will only send 1 email to you if there has been 1 or more replies since your last viewing. You can unsubscribe again here or in your account settings pages at any time.
Low Bandwidth
Currently viewing this thread:
REPLY IN THIS THREAD
Smilies, click to use