Forum Home > Fan Fiction and Role Play
Subscribe to topic
Login in above or register to subscribe to this topic.
You can subscribe to receive an email when someone replies to this topic.
We will only send 1 email to you if there has been 1 or more replies since your last viewing. You can unsubscribe again here or in your account settings pages at any time.
Low Bandwidth
Down to Quick Reply
Displaying Page 33 of 33
First | 2 | 3 | 4 | ... | 31 | 32 | Last     Previous
Craizen Posted: 12:14 Jun26 2013 Post ID: 3255268
Craizen
A'ight

Posts: 8,105
Post Likes: 66
0
+
LIKE THIS POST
Eron summoned a big shield knight to cover his rear as he followed the elegantly carved path of destruction Ziedi was creating. The man was just having too much, acrobatically using the chain scythe to surgically cut down bats in the air and on the ground. The attack pattern for the bats consisted of firing rank bile balls that could trigger a ten second poison status, aerial swoops to grab players then dropping them from high places, sonic screeches to push back and disorient players, and melee slashes with their claws up close. They also had no qualms against ganging up on solo players and small groups. Players were getting frantic as they couldn't warp from the area, and even the safe zones were violated. The safe zones due to the special parameters of the event monsters, but the warping was a problem. It meant a hard reset from the game, which is particularly unsettling and of course impossible for the live-ins, who at this point for scrambling for cover, as a death kept resetting them in the same area. The rainbow knights which normally were enemies during a quest had Player Defense Mode, or PDM, an NPC function designed for attacks from enemies like Sixx and Rogue. The algorithm for spawning was off though, the bats were coming too fast and plentiful and the guards were falling behind, even in the enhanced PDM mode. Eron was having a field day even in all the chaos, the bats were dark nature and no match for a few well placed arrows. They most damaging points were the neck and heart area, easily slaying them for easy experience.

"At this rate I'll be six in no time!" Eron said to himself as he ducked, and stabbed an arrow directly into a neck of bat.

The Pyramid kept rotating, steadily getting closer to unlocking the power within.

Morte stares at his new companion with wide eyes and walks through the portal in a trance-like state.

Go visit the Fan Fiction and Role Playing Forum and check out what is there maybe you will see something of interest and feel free to stay and have a cup of -insert beverage of choice here- and some cookies. It's on the house! Well it would be if I had a house...
Reply Quote & ReplyMulti Quote
penguinlord352 Posted: 14:41 Jun29 2013 Post ID: 3255992
penguinlord352
I'm da Pengy

Posts: 1,822
Post Likes: 1
0
+
LIKE THIS POST
The portal deposited the two of them a little bit closer to the Pyramid than Eron and co. currently were.

Ragnarok opened up his inventory menu and scrolled through the surprisingly large number of weapons within, all swords of some sort, and equipped a pair of bronze scimitars.

"Age before beauty...hm...if I was a narcissist, I might joke about how that would mean I go first either way. Meh, whatever. Good luck kiddo."

Ragnarok ran into the fray, ending any of the rogue monsters he encountered along the way.


Aquila was almost flying as she leaped about, using the buildings and sometimes even the air as platforms to change her direction and attack with her silver eagle-stylized spear. She was focusing on getting as much height as possible and descending on the Pyramid from above. She kept a wary eye on the battle in the streets as she did her best to thin out the aerial assault. Some of the monsters ended up becoming spring boards from which she jumped to attack another monster.

If this game had the class, I bet I'd be mistaken for a dragoon...
Reality-The World RP (It's an MMORPG styled RP: it's never too late to join!)

Posts: 2
Post Likes: 0
0
+
LIKE THIS POST
Name:Sirena (unkown last name) Class:Sage Height:"5'01 Weight:85 pounds Main Weopon:Fire and Ice enchanted sword Secondary weopon:Fire Axe Mana type attacks: Icy Hot, On contact, It will burn, or freeze you. If thrown, it will enclosure you to an unknown world of ice or fire for 15 seconds. Grande attack 1: Fast freeze, user runs up to you with sword. Once they get close enough, they dissapear and cut you with a chill. It is possible to ddodge if you run fast enough, but chances are you won't see it coming. Grande attack 2: Ember burst, The user encases itself wit a small ball of 2,000 degrees farenheit flames. It is charging. When the player is ready, they make it burst. They can only use it with Sirena's enchanted axe. Description:Beutiful light brown hair in a bob haircut with mellow blue eyes. Very pink lips and White skin. Turquise shirt with black stripes and dark blue skinny jeans. She wears black sandles. Personality:Very modest to the point she wouldn't hesitate sacrificing herself for a friend. Very sweet, gentle and kind. Bio: Most call her Sirena the 10 year old sage. She has just gotten her hands on thje game and for someone as young as her, she's surpringly good! Real Life bio:She has had a very tought life. Her parents hated her and never paid attention to her. 2 years after she was born, her parents trew her in the middle of a faraway road. And left her there. Not lng after, before she was harmed, an orphanage found her. She has grew up there ever since. She loves the orphanage. They held a contest to see who would get to play reality. Sirena won. She said someone else could have it, but they didn't want it. She started to play... and play... and play. No one in the orphanage saw much of her ever since. Gender: Girl Age: 10 years old. Special item:Health stone, pretty obvious, but healing the user and her friends.
Reply Quote & ReplyMulti Quote
KittyKatKylie99 Posted: 15:54 Aug02 2013 Post ID: 3264313
KittyKatKylie99

Posts: 1,822
Post Likes: 1
0
+
LIKE THIS POST
((Alright, hold on a moment. Activity is just a bit slow. KittyKatKylie, would you mind moving to the chat thread in this forum? We can bring you up to speed and answer any questions you might have there, as well as set you up with a way into the fray that's very plausible. Also, you're supposed to wait for my or Craizen's approval before posting about your character. Welcome to the site, and so long as you follow the rules I'll be perfectly happy with you joining us here.))
Reality-The World RP (It's an MMORPG styled RP: it's never too late to join!)

Posts: 1,822
Post Likes: 1
0
+
LIKE THIS POST
((Then please use the template in the first post and submit your character. I'll find a way to get you two into the story, it shouldn't be that hard.))
Reality-The World RP (It's an MMORPG styled RP: it's never too late to join!)

Posts: 8,105
Post Likes: 66
0
+
LIKE THIS POST
((Hmm if you can clean it up some Kitty into a bit more readable I think it's fine. Mainlyon how your attacks work. Corn Join, if we can get enough active I'll kick this back in))

Posts: 18
Post Likes: 0
0
+
LIKE THIS POST
((I might not be able to join Advent right now, but I can still keep up here. Things have changed, but in a way, change will make everything the same again. Uh. I meant, Kengo Tenchi is no longer the old Kengo Tenchi. But he can still login.))
Reply Quote & ReplyMulti Quote
KingofCorn Posted: 13:19 Aug16 2013 Post ID: 3267790
KingofCorn
Avoid the Noid.

Posts: 16,679
Post Likes: 615
0
+
LIKE THIS POST
Here is my character tell me if something has to change. Spoiler:
Name: Kajiv
Class: Rouge
Height/Weight: 5/11 and 180 lbs
Main Weapon: Three round cartridge crossbow . Foldout blades on the limb. Fixed blade on the cocking stirrup. Bolts are dipped in a deadly neurotoxin(or is that not around yet?).
Secondary: Dagger that can be repaired and sharpened with water. Can easily be used to pick locks.
Mana Type Attacks: Basic healing powers.
Grande Attack One: N/A
Grande Attack Two:N/A
Description: Human I guess
Personality: Keeps to himself. Takes a while for him to ever trust someone. Will give his life to protect the person he is guarding.
Bio: A guard with a dark history as a thief. Notorious for robbery.
Description: 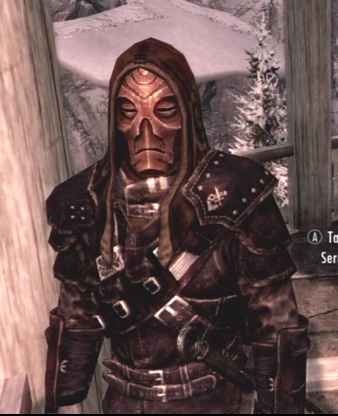 Posts: 1,822
Post Likes: 1
0
+
LIKE THIS POST
((Work on the description a bit more Corn. What is he wearing? Does he have blue eyes, yellow eyes, grey eyes, what? Is he rugged looking, muscly, thin, sturdy, broad, short, tall, fat? What color is his hair? Or is he bald? Does he have facial hair? What color is his skin? Does he have any scars? Any defining items to his look, like how the {Lone Eagle} has highly customized armor with an eagle theme to it? Ask questions like that while you're thinking it up and come up with some more that I haven't mentioned. It makes it easier in my opinion. Not just for you, but for everyone else in the RP.))
Reality-The World RP (It's an MMORPG styled RP: it's never too late to join!)

Posts: 1,822
Post Likes: 1
0
+
LIKE THIS POST
((All you need to do then is read up on what's going on and join us in a reasonable way. Perhaps just getting caught up in the chaos. I'd like it if you could edit your bio post to add that picture in under the description bit.))
Reality-The World RP (It's an MMORPG styled RP: it's never too late to join!)

Posts: 16,679
Post Likes: 615
0
+
LIKE THIS POST
((So from what I read this is sort of like the book Ready Player One.))
Reply Quote & ReplyMulti Quote
Back to the top
Displaying Page 33 of 33
First | 2 | 3 | 4 | ... | 31 | 32 | Last     Previous
Subscribe to topic
Login in above or register to subscribe to this topic.
You can subscribe to receive an email when someone replies to this topic.
We will only send 1 email to you if there has been 1 or more replies since your last viewing. You can unsubscribe again here or in your account settings pages at any time.
Low Bandwidth
Currently viewing this thread:
REPLY IN THIS THREAD
Smilies, click to use