Posts: 15,704
Post Likes: 273
0
+
LIKE THIS POST
On net points, I've always found that it is a very good indicator of which teams are on track to make the playoffs, and which teams aren't as good or are better than thought. Usually, the top 12 teams in net points consist of many playoff teams. (Green = currently in playoffs)

I can understand why San Francisco are in the top 14 because they've had times when Garoppolo has started this season. But Miami are extremely high despite being the #9 AFC seed at the moment. Miami, Las Vegas, & Cleveland will compete for the 7th seed, and if net points are as accurate a measure as they usually are, Miami will get that final playoff spot.

Posts: 26,547
Post Likes: 1,049
0
+
LIKE THIS POST
It all depends if Miami can finish business. Let's see if they can take care of their next four opponents, as they should based on all the numbers. Being 9-3 would be nice since the final four games is not an easy stretch.

Posts: 15,148
Post Likes: 156
0
+
LIKE THIS POST
I'm not sure how you can call Buffalo a "fraud", they've only lost to KC and Tennessee, and have beaten Seattle, Vegas, LA Rams, and Miami, and should be able to win 4 or 5 of their last 7 games and I wouldn't be terribly surprised if they won 6 or 7 of them. They've won close games, sure, and 2 against the Jets but I don't think you can write them off. You can make the same arguments against Arizona - the only good teams they've beaten are Seattle and arguable SF with losses to Carolina and Detroit.

Their game against Arizona is my personal game of the week this week.

Posts: 9,321
Post Likes: 74
0
+
LIKE THIS POST
You have to start taking Buffalo seriously, they have two decent recievers in Stefon Digs and John Brown and the only two quarterbacks so far this season that have more yards are Mahomes and Ryan. I'm looking forward to seeing the Buffalo vs Miami battles in the comimng years. The Patriots dominance is finished, they will never have another dynasty like their last one again. It's amazing really that they managed to stay at the top for twenty years.

Posts: 15,704
Post Likes: 273
0
+
LIKE THIS POST
I don't actually think that Buffalo are frauds, but that's what the net points say. Usually it is a good metric for tracking a team's ability. It's just something to keep an eye on.

Also, is anyone else finding the new site design really weird?

Posts: 15,148
Post Likes: 156
0
+
LIKE THIS POST
For Supercheats? To be honest I only use the forums and it looks mostly the same. The smileys/bbcode stuff is screwed up though. 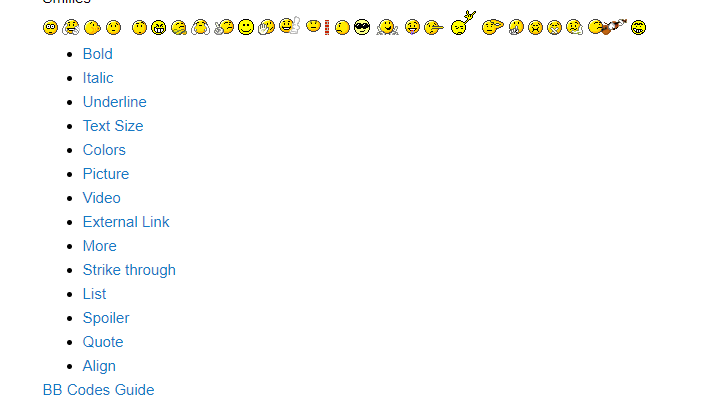 Okay now that I look it is kinda weird. The pure white on posts is hard on the eyes.

Anyone playing Fox Sports Bet 6 this year? I keep trying to earn the million, but picking point margins is so difficult to do. I can easily pick all the winners in spread, but margins are almost impossible.

Posts: 9,321
Post Likes: 74
0
+
LIKE THIS POST
As it goes Matt your net points guide is pretty useful, you basically see what teams are dominating and which ones are sneaking wins each week. No surprise Kansas is way ahead ot everyone else. Seeing Miami listed as number six with plus 61 surprised me. This was the team that this time last year was looking at being investigated by the NFL for tanking.

As for the playoff picture, I personally think it will be something like this:

The dark horse is the New Orlean Saints now they have Michael Thomas back, they have won their last five games. Everybody is saying Brady and the Buccaneers but I don't think it will happen, I predict them getting upset by a wildcard team in the playoffs. The Seahawks if they get homefield advantage during the playoffs will be tough to beat. I don't think however they are good enough to beat Mahomes and the Chiefs if they advance to the big game.

Not sure I agree with Matt in that the Las Vegas Raiders are frauds, on their day they have the talent to beat any team in the NFL. I just get the feeling they are starting to become an emerging force. Three or four top players and they are Super Bowl contentders. Although I'm not a fan of Derek Carr, the guy is a decent quarterback. His quarterback rating for 2020 is 110 (Mahomes is 115).

Posts: 9,321
Post Likes: 74
0
+
LIKE THIS POST
Yes, thanks Mike, I mean't the Indianapolis Colts. I still get them confused with the Ravens because when I first started watching NFL games way back in 1982 they were known as the Baltimore Colts and that is where the confusion arises in my head. The Baltimore Colts moved to Indianapolis in 1984.

I have a gut feeling the Bengals will beat the Steelers today. After losing out on two winning hunches last week I've decided to go for it. I know the Steelers have a good defense but I also know that the Bengals can be a handful on offense, Joe Burrow is averaging 284 yards a game. The Steelers are having problems defending the outside sweeps and the Bengals have running backs that could take advantage. They are also coming off a bye week so they are rested and Ben Roethlisberger hasn't practised all week because of Covid. It will probably be close but I smell upset if the Steelers can't contain the Bengal running backs out of the backfield and it opens up the field for Joe Burrow.

Posts: 26,547
Post Likes: 1,049
0
+
LIKE THIS POST
No way the Seahawks make it to the Super Bowl. The only winning team they have defeated thus far is the Dolphins, and that's only because the Phins have won 5 out of the last 6. The Seahawks only defeated the Phins by a TD in that matchup as well.

At the moment, I still think the Bucs will make it to the Super Bowl. TB12 has seven weeks to reconnect with AB and for the rest of their roster to get healthy. If the Bucs are at full go in the playoffs, I doubt anyone will be able to hang with them. I don't think the Saints will even be able to beat them at that point; it is so very hard to defeat a team three times in one year.

Posts: 26,547
Post Likes: 1,049
0
+
LIKE THIS POST
Giants up early on the Eagles. If they win, could they possibly win their division? Both have difficult schedules and the Eagles would still have a half-game lead, but I think the Giants have a slightly easier schedule left to be played. Could you imagine that? A team that started 0-5 and later was 1-7 making the playoffs? Oh my...

Posts: 26,547
Post Likes: 1,049
0
+
LIKE THIS POST
Nice Rams pick, Mike. I've been saying the Seahawks haven't really beaten anyone above .500, but I didn't expect they would lose. That defense, as Matt has said, has serious flaws.

My Cardinals upset somehow came through on a Hail Mary. Crazy.

Someone in my family picks is currently undefeated this week. How did that happen? lol

Posts: 15,704
Post Likes: 273
0
+
LIKE THIS POST
Philly oh Philly. NY Giants didn't choke this time and didn't have to come back from a deficit, and we saw the result. I hope that the division winner has as few wins as possible, an that the NFL create a rule that you have to be at least .500 to make playoffs.

Green Bay were trailing the 1-8 Jaguars 17-20 at 3QT, before crawling over the line. A decent team would've thrashed them.

Cleveland won 10-7 against the awful Houston defense. Make no mistake, Cleveland are the biggest frauds in the NFL right now. Go and look at there they are on the net points list...

Tampa Bay did the usual response after a bad Brady game.

Seattle got exposed, but this time with their offense. You've got to wonder whether they'll even make the playoffs at this rate.

Posts: 15,148
Post Likes: 156
0
+
LIKE THIS POST
The hail mary was incredible, I watched it live and was screaming. Big props to Hopkins for the catch, and give some credit to Murray too for throwing a 50 yard bomb on the move.

Nice start for Tua. He isn't lighting the world on fire but the team is stepping up and he's not losing them games, which is more than you can say for many of the young QBs.

The Seattle defense is historically bad and Russell Wilson has cooled off, I'll have a hard time picking Seattle against any top-12 offense.

That rain in the Ravens game was something else. Biblical.

Matt, I don't think they'd change the playoff structure regardless of how the NFC East turns out. The league thrives on those division rivalries even when the teams are bad - Eagles/Cowboys, Bears/Packers, Steelers/Ravens. Taking away potential playoff implications would turn fans away. And it seems weird for a division winner to not make the playoffs. This year is probably an anomaly, the Eagles and Cowboys would likely be above .500 with healthy rosters.

Posts: 9,321
Post Likes: 74
0
+
LIKE THIS POST
I don't get it, how the hell did Dallas hang in there with Pittsburgh last week with their third string quarterback and this week against the Bengals who have the number one rookie draft pick can only put up 10 points despite half the Pittsburgh team having Covid and their quarterback not being able to practice all week. I saw the game on FOX live stream on Youtube and Burrows couldn't do anything against the steel curtain.

I've had a bad week, I think I must be last in the competition now.

Warrior13, I think you may be right about Seattle. Looks like Brady and the Bucs produce are able to produce when they have to.

I couldn't help notice how Washington again managed to lose under dubious circumstances. This week right at the end of the game the Redskins are in field goal range and for some reason Chase Young decides to rough up the passer and pick up a 15 yard penalty that takes them out of field goal range. Alex Smith is playing remarkably well though considering. 390 yards this week.

Reply Quote & ReplyMulti Quote
Back to the top
Displaying Page 247 of 250
First | 2 | 3 | 4 | ... | 245 | 246 | 247 | 248 | 249 | Last     Previous | Next
Subscribe to topic
Login in above or register to subscribe to this topic.
You can subscribe to receive an email when someone replies to this topic.
We will only send 1 email to you if there has been 1 or more replies since your last viewing. You can unsubscribe again here or in your account settings pages at any time.
Low Bandwidth
Currently viewing this thread:
REPLY IN THIS THREAD
Smilies, click to use